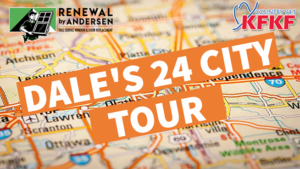 Join Dale on his 24 City Tour all summer long!

Visit one of the locations below and get your tickets to KFKF’s Throwback Throwdown on August 28th, starring Clint Black and Tracy Byrd.